You have probably heard of or played some of the most addictive games in the last couple of years: Candy Crush, Clash of Clans, Two Dots, Angry birds. They all have quite different gameplays, but still have something in similar: they are very addictive “money making games” and people are willing to pay to keep playing. Game developers and designers managed to create not only addictive, but engaging games that keep users coming back. The makers of the free game Candy Crush Saga made $1.88 billion in revenue in 2013, and the company has stated that only 4% of its users have made purchases through the game. ‘Clash of Clans’ developer reported $829 million in revenue in 2013. These are some amazing numbers for a ‘free’ game. Now we are going to reveal a part of their secret to success – why people keep spending money on games.

There are several types of players when we talk about freemium apps (free-to-download mobile games with in-app payments). People who don’t want to spend even a dollar on your app, people who spend around $10 a month, and then you have whales, people who are spending $50 and more per month.

Why do people keep spending money on apps?

It’s simple, because it makes them happy. If you are a game developer you have probably learned that your game needs to be addictive and form habits in order to keep your players coming back for more. So, what creates addiction and forms habits? People at PsychGuides have decided to explain it. As they say, it’s the dopamine, the chemical of addiction, that makes people return to the game. They also found that the more skilled you become as a gamer, the happier you are! “Habit formation is inseparable from the workings of dopamine in the brain, a neurotransmitter that’s tied to learning, exploring, seeking out novelty, and feelings of being rewarded.” You are surely very familiar with dopamine, since it’s the thing responsible for your enjoying chocolate so much. Well, it’s the same sweet feeling that makes gamers come back for more. If you learn how to make a game that can increase dopamine levels in users, you’ll be one step closer to creating an app that makes money.

Learn the psychology to win the game

It is important to learn what gets people addicted to games, and how to create an addictive game. Just like watching predictable movies, playing predictable games is no fun. Whether you are a gamer, or game developer, you know that games that are monotonous will not bring new players or keep existing ones playing, it’s the games that surprise us and give us that extra kick that make us, gamers, stay and play more.

Are you ready to start working on increasing those dopamine levels? In our next blog post we’ll talk more about the recipe on how to create addictive game. 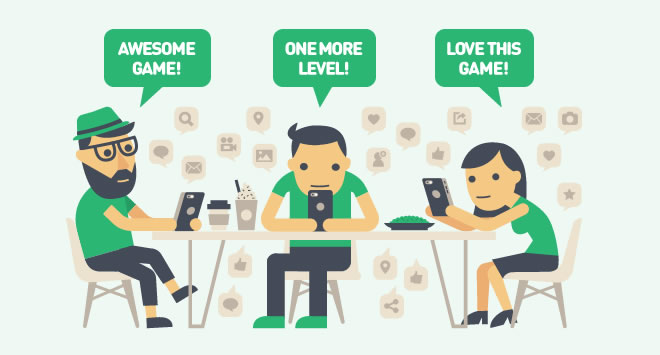 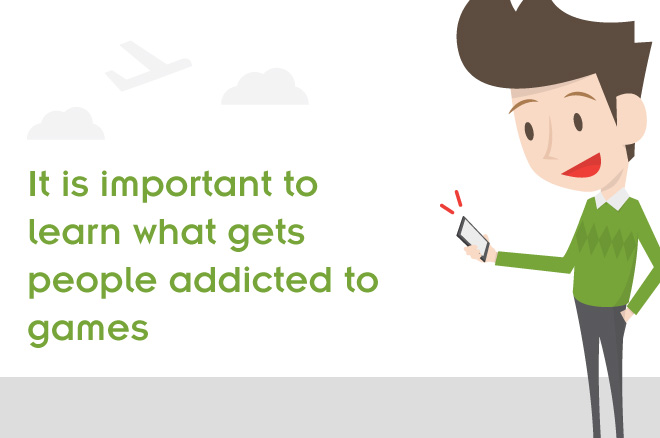 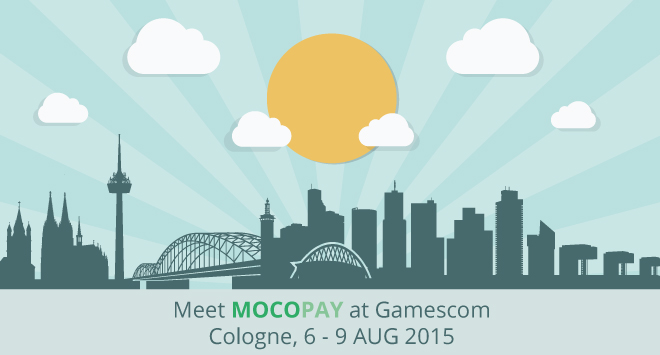 Sign-up - it's free and it takes less than 30 seconds.

If you don't receive our email please check your spam filter or try again.